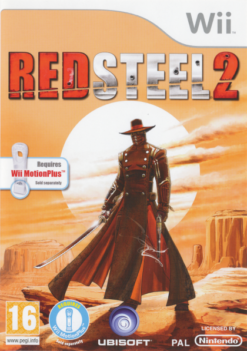 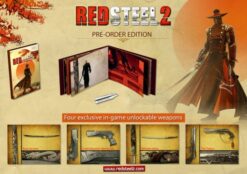 Red Steel 2 returns with an artistic style and flair created just for Wii. Set in a desert-bound, high-tech metropolis, Red Steel 2 is a revolution in the action-fighting genre, taking full advantage of the capabilities of the Wii MotionPlus accessory. Your movements are faithfully replicated on-screen, putting the emphasis on swinging, shooting and fun! With the ability of the Wii MotionPlus to sense the strength of a swing, you will literally be able to make an impact on your adversaries through power and precision.