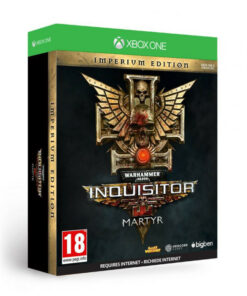 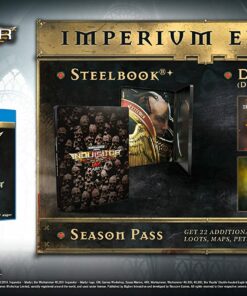 The first action-RPG set in the grim future of the 41st millennium takes the genre to its next level: an open-world sandbox game in a persistent universe with a huge variety of missions, tactical and brutal combat in destructible environments, and a storyline influenced by the community of players.

The Imperium Edition includes the base game + season pass along with additional exclusive game content – it comes with a unique character animation to set players apart during online and co-op combat, lets them customise their in-game headquarters and also has cosmetic effects.

The Imperium Edition also come in a Steel Book case making it the ultimate edition of the game for Warhammer 40k fans!